Coverage of Sridevi's death has again brought the spotlight on falling standards of TV news. Self-regulation for Indian news channels means no regulation at all. Blaming the TRP-led market dynamics is a lame excuse. Begin with accepting the real problem and act together in order to break the vicious circle 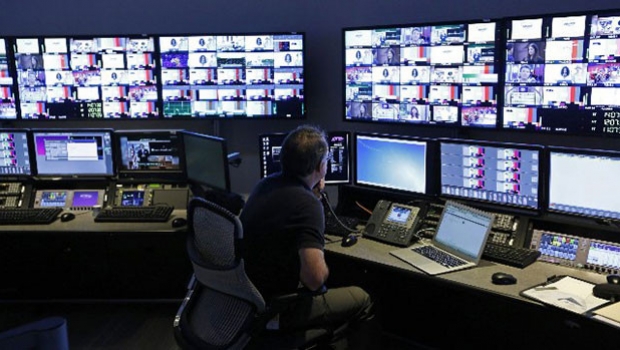 Let me begin with an honest submission. I do not watch TV news, not even in the form of their digital feeds. Not even when there's a major event such as Nirav Modi/PNB scam or the death of film actress Sridevi. And it is because the viewer in me knows what and how TV channels would be trying to push their own imagery into people’s minds.

But then, it is not only about the very predictable, shoddy and substandard coverage. It is also about how low these channels can stoop. Social media fairly updates me about the falling standards of content on General News Entertainment Channels (GNECs). ‘News Entertainment’ is what the news channels are popularly known in the ecosystem!

Barring a few big developments of national interest like demonetisation and terror attacks, we rarely see significant spike in the viewership share of the news genre, which hovers around 5% of the entire television viewership. Interestingly, I was told that there was a decline in the share of Hindi news genre when the NiravModi news broke.

So the theory that news channels show what people want to watch or that the viewers will buy every bit of their hypothetical theories without adding any value has fallen flat. It is safe to say that viewers have started switching to real general entertainment channels for a far better dose of entertainment.

Recently, the news channels touched a new all-time low by presenting imagery and various conspiracy theories aroundSridevi’s death. While some channel nearly suggested it was a murder mystery, others went too far with character assassination of the actress just because traces of alcohol were found in her blood.

A lot has already been said about the death of news television both by viewers and some sane voices in news itself. But, has there been any effort to find out the root cause of the deteriorating state of news? Has the industry arrived at any solution?

Have the news channels been asked to apologise the way they seek apologies from people in public life for failing or letting down the country, or the way Prannoy Roy once apologised for running wrong election results/trend on NDTV?

Citing today’s political scenario, a section of people, including news channels, are extremely worried about freedom of speech whereas the other section of people have not only stopped buying their theories but also started giving back.

In November 2016, when government decided to ban NDTV India for a day for not adhering to the guidelines laid out for the coverage of the Pathankot terrorist attack, the industry bodies called it an attempt to kill the freedom of speech. Months later, the newly appointed News Broadcasters Association President Rajat Sharma told me that the News Broadcasters’ Standards Authority, not the government, should decide on banning channels.

Everyone understands the importance of self-regulation for media across the world and I am totally for it. But considering the sad state of affairs with today’s out-of-control and insensitive coverage by news channels, I shared my apprehensions about the government grabbing this opportunity to control the media with some experts and senior authorities in large news networks.

What happened next was just a validation of my concern. Terming the reporting of the death of Sridevi as over-excessive by the media, largely based on imaginary grounds leading to mental torture and irritation among the people at large, the Confederation of All India Traders (CAIT) in its capacity as integral part of the civil society sent a communication to Information & Broadcasting Minister Smriti Irani,requesting her intervention for a self-imposed code of conduct for the media or an advisory from the Government based on mutual consultation for such reporting.

I’m told by sources in MIB that the government is evaluating the complaints, examining the excess and mulling action. Aren’t the news channels and their industry bodies the master of self-goals with such a questionable self-regulation?

Speak to anyone in news channels and they will try to wash their hands off. If you speak about ethics, you will hear TRP/viewership-led market dynamics as the excuse.

Vikram Chandra, who stepped down as Group CEO and Executive Director of NDTV on October 2016, took to Twitter to tell the widely known problem to the world. “TV news is stuck in a vicious circle. Channels don’t get money from distribution, so rely on advertising. Ads come from TRPs, which come from shouting/tabloid content. So news channels either chase TRPs or reconcile themselves to losses. We have to break the loop,” he said.

Had the news channels been sold only on the basis of TRPs, the difference in ad rates should have been proportionate to the viewership numbers, which is not the case. It is the combination of TRP and perception about what India watches.

If TRPs are such a roadblock in quality control, why do news channels not begin by accepting the proposed release of four weeks’ rolling average instead of weekly viewership data?

During its golden days in 2004-05, Aaj Tak had an opportunity to get ad rates on a par with Hindi GECs, which was not capitalised due to the fear of losing advertisers. Now, all the ad slots across news channels are sold for peanuts. There is no consensus among the channels when it comes to taking the ad rates to a respectable position, which could also reduce the so-called TRP pressure.

Identifying a problem is the first step towards finding a solution but if there is no solution in sight, it is an excuse, and not a problem.

The NBA is the ace body of news broadcasters that has formed the NBSA for quality control and self-regulation with a retired Supreme Court Judge as its Chairman. Then, there is the Broadcast Editors Association (BEA) with current and past TV editors as office-bearers and executive members.

Whenever there is any attack on the media from outside the industry, both the bodies seem united on the face of it. But they surely have not shown such unity when it comes to addressing core issues the industry is facing.

In such a scenario, it is imperative that their existence is utilised for the benefit of the industry at large.

NBSA does not interfere in day-to-day coverage of NBA member channels and the channel owners do not guide their editors (BEA members) in their day-to-day work unless there is a big crisis.

If one looks at the bottom of the pyramid or root cause, the falling standards and trivialisation of day-to-day coverage should be tackled at the editors’ level, which is BEA. Most of the editors have no field experience; they have no time to read or ponder over best global practices; they have become TRP-generating machines with no time to stop and think of words like moral, ethical and sensitive.

Let us not forget that one cannot force an editor to do anything which he does not believe in. For an example, can you force Rajdeep Sardesai to sing praises for Modi or Arnab Goswami to believe that Rahul Gandhi could be a real challenger? No. Editor is the face of the medium and if a channel questions the character of Sridevi because alcohol was found in her blood, you know where the problem is. Let us begin with step one. I call upon all the editors of news channels or any news medium to be a bit sensitive and stand up for their belief. The viewership could be earned by being informative, constructive and winning viewers’ trust.

Tags: Commentary How to resurrect TV News
Advertisment
More from this section

Commentary: Can IRS 2017 put an end to the stakeholders' anxiety and fear?

Commentary: 2017 and how media agencies found ways to survive

Commentary: What 2017 meant for broadcast industry