Back in the day, creative industry had an unsaid rule that the entries for awards should be made for genuine work done for brands and not for the proactive work to win at award circuits. The Social Street, that won 40 Abbys each in 2017 and 2018, seemed to have breached that convention. Is it possible that most of an agency's works are proactive? 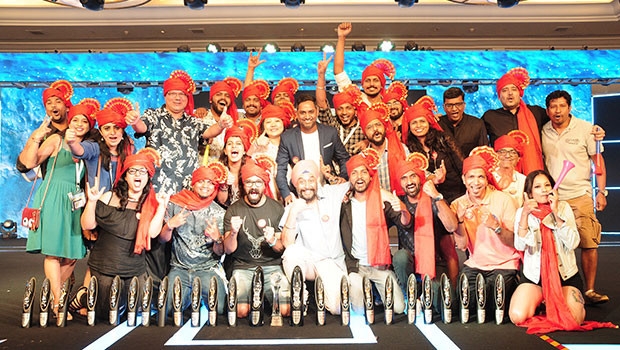 There is this saying. A cat closes its eyes while drinking milk and thinks nobody is watching. But, we in the media are not the world that the cat assumes. Rather, our eyes see more cats than the elephant in the room.

When the two-year-old digitally driven experiential, engagement and brand consulting agency – The Social Street – became the second-most awarded agency with 40 Abbys (Creative and Media) at Goafest 2017, it raised everyone’s eyebrows, including those of the office-bearers of the Goafest Committee and the Awards Governing Council.

2018 was even bigger for the agency as it became the Creative Agency of the Year winning three gold, seven silver and seven bronze Abbys. That was not it. The agency won a total of 40 medals this year again, including nine gold, 14 silver and 17 bronze across the Creative, Media, Broadcaster, Publisher, Branded Content, Digital and Mobile categories.

Out of 17 medals that were counted for Creative Agency of the Year, four were in Out-of-Home and five were in Promo and Activation categories while the rest were in Still Print Ad, Still Other, Radio and Integrated. This also means that out of the total 40 medals won by TSS across categories, there were only nine from its core area of operations. The clients for this year’s winning work include Alzheimer's and Related Disorders Society of India, Blood Donors India, Masterfile India, Modern Matresses, Mohan Foundation, Murcyleen Peerzada Label, Prasadam Industries, Rustik Travel, Sona Signature Papers, Sugar Up, The Shoe Laundry and Upendra Namburi.

When The Social Street won 40 Abbys last year out of nowhere, the creative fraternity understood that it was an attempt to create high valuation for the agency, out of nowhere, because most of the winning entries were unheard of even by b2b media. The story this year was just a recap of what happened last year.

Looking at the awards in the categories (Print, Print Craft and Design) that the agency does not primarily operate in and the number of charitable clients, the industry was convinced that most of the works were pro bono/ proactive works designed for Abbys. What the industry is not convinced with is that - how will the awards in unrelated categories help the agency increase its valuation.

While one may argue that the lines between creative categories are blurring and that any agency can produce good work across categories, the all pro bono entries raise fingers at the intention of the agency.

TSS is technically correct and it is impossible to stop anyone entering any work, which is signed by the client and fulfils all the criteria. But where is your conscience when you enter 15-16 print campaigns, most of which are produced only for awards. You may not be technically wrong but is this the example you are setting at the huge platform like Goafest? And is this the message you want to give to the younger breed of creative personnel’s flocking the Fest? Is this what you want to tell the world that it is okay to do 10-12 campaigns on public service to become Agency of the Year? If the winning agency wouldn’t have done this, the second agency that actually put in hard work could have become the agency of the year.

Somewhere as an industry, we should be loyal and ethical. While the industry is moving towards producing great work on brands, most of your work should be for them unless you have declared that you are a social service agency, true to your name and you are working only to give back to the society.

If you crack an outstanding idea, you must do this either for social service or for awards but it should not be the other way round. It should not be 80-90% public service or proactive work and 10% actual work.

Ogilvy does Acid Attack and Savlon Chalk Sticks along with doing good works for Fevicol, Cadbury, Vodafone and other clients. McCann does Immunity Charm along with the works done for Paytm, Saffola and Dettol, alongside others. But it is always 70-80% brand work and 20-30% proactive work that is visible in awards entries. It is never the other way round.

Having said that, had there been a way to stop all pro bono work from entering, Cannes and D&AD would have done it, long back. You create a rule saying the work produced in December would be called scam, people treat November 30 as deadline for their scam work. If you say one insertion is scam, people will do more than one (may be two) insertion.

There are plenty of rule breakers against the few rule makers and they would also find ways to bypass those rules but isn't the touchstone of creative industry based on ethics and transparency?

In conversation with Amelia Conway, 15-year-old creative director of Adolescent

Goafest 2018: In an increasingly technical world, you have to become more human, says Dean Donaldson of Kaleidoko