Advertisers and media planners are seeking ways to ascertain the viewership claims of Hotstar during IPL. The industry has found flaws in Hotstar’s measurement system. The platform accounts for more than 15% of total advertising revenue Star India earns from IPL 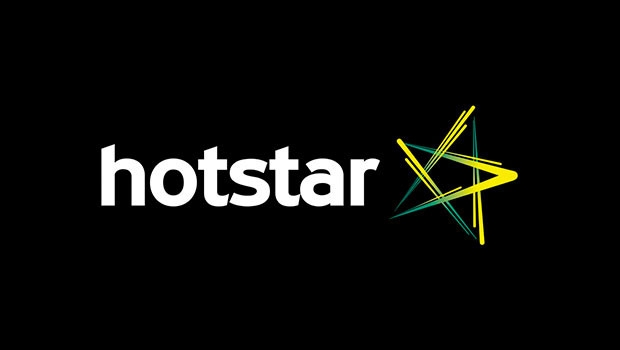 In the absence of a credible digital audience measurement system, advertisers and media planners have started questioning the viewership data that Star India has provided for Indian Premier League (IPL).

Advertisers feel that unlike TV, they have no way to authenticate the claims of the network. What has increased the industry’s worry is that in the last IPL season alone, Rs 300 crore of advertisers’ money was spent on live-streaming app Hotstar.

No advertiser could ascertain the kind of impact the digital ads created as no digital measurement currency is available. The industry has also found flaws in the measurement system of Hotstar. The planners feel that it could impact the revenue growth of the platform in the next season. During IPL11, Star India made Rs 300 crore alone from digital ads, according to industry estimates.

Hotstar has claimed to have garnered a total of 1.3 million gross Impressions, with a reach of 202 million viewers, in the 11th season of the Indian Premier League.

A senior manager in a leading agency network told BestMediaInfo, “It has been learned from multiple sources and the client has pointed out another major concern in IPL streaming on Hotstar. While watching an IPL 11 match on Hotstar, the viewer was automatically thrown out of the live feed, directly on the app's homepage and was required to login again into the same stream. This was captured as multiple sessions.”

However, a source close to the developments at Hotstar mentioned that a single user, no matter how many times he/she logs in, is counted as one user in the reach numbers. “It doesn’t have an impact on the advertisers’ data as the selling is mostly done on reach numbers, which are unique viewership numbers.”

Being thrown out of a live stream on digital can also be attributed to heavy traffic on the servers, but Hotstar had been talking about being prepared to handle more than 10 million concurrent viewers for the tournament. In a press statement, Star India had said that Hotstar's media delivery platform - Akamai had validated the above number.

“For that matter, any of these platforms like Facebook, Google and all OTT platforms are like walled-gardens, and nobody can know what goes on inside these gardens, because that is their proprietary data. For example, one cannot tag their content and put it on YouTube, the platform doesn’t allow it. Any attempt to penetrate the walled-garden to understand and look inside, is defeated by the owners of the walled-garden, so that only they can let out data in whichever format and amount they want to. We have been hearing about digital measurement in India but there are forces that are against it. This is going to be a long term problem,” suggested Paritosh Joshi, Principal, Provocateur Advisory.

Hotstar also claimed 10.3 million concurrent viewers in the final match of the tournament. It has been streaming IPL on its digital platform for last four years, but the issue of doubting the claims has touched its peak this year.

However, in this particular case, Gopa Kumar, Executive Vice-President, Isobar, said, “While I have heard the same and faced it multiple times as a user, I doubt this was done on purpose. In a way, yes, they could have used this as a tool for the number of logins to go up but on the flip side, many people logging in and out would have impacted the time spent and number of users on the platform. It might also be because of the huge load and demand on to the platform during match days and system glitches. I am sure agencies and advertisers if they had have raised the issue, it would have been dealt by Hotstar.”

Concerns over absence of third-party digital measurement mechanism and audit

Lack of third-party measurement and authentic viewer information is a challenge the worldover. The duopoly of Facebook and Google has been accepted by the global industry and India is no exception. This is a global problem, not only for India or Hotstar or IPL.

As Joshi explained the magnitude, “The P&G Global CMO Marc Pritchard has been fighting for transparency and accountability across all media; for instance, he was brutal in calling out the opaque financial deals between media agencies and media. He has been waging a one man war against digital platforms in the sense that nobody knows how many people were watching, for how long and what is the extent of engagement. Nobody knows how reliable the estimates of clicks are. It’s not that they can exaggerate pageviews, or site visits, but the fact that possibly half of them are not even humans. The bots have worsened the situation as theplatform owners themselves are unaware of exactly how many. YouTube, for example, is charging the advertiser for these views and also paying the content owner for the same, while even they don’t know if that view is real or fraudulent.”

The primary difference between TV and digital measurement is very simple. TV signals travel on common distribution platforms, the DTH and MSO players are common and they are largely the neutral organisations who have the subscribers’ management system. The broadcasters even have rights to audit these systems, if they wish to.

However, in case of digital, the distribution is through an exclusive channel for each of the digital players. Once the content comes inside the OTT platform, there is no visibility of what happens to that content in terms of engagement and viewership.

The content creators have no further idea of who is watching, where is the content being used and how.

Kumar of Isobar said, “Measurement is one big thing that Hotstar and everyone involved needs to correct, going forward. While Hotstar has shared good numbers but third-party measurement data adds a lot of credibility to the claims. Also, since spends are going up year on year on Hotstar, especially on IPL, it’s imperative that they allow or figure a way to go beyond the numbers declared by themselves and allow third-party measurement.”

As long as the OTT platform wishes to sell ad inventory to advertisers, it has to satisfy the viewership data demands of the advertisers. Unless the advertiser fraternity accepts and believes the data, it won’t be readily convinced to put money on these platforms. But, there’s another business model that some of the OTT players have adopted.

There were many reports about Hotstar denying access to Neilsen's DAR study. Won’t it further shake advertisers’ interest and trust?

Kumar said, “There might be challenges or differences in how they would want these measurement or research should be conducted. It’s in best interest of both Hotstar and third-party research agency (in this case Neilsen) to arrive at a mutually agreeable solution for the larger industry good.”

Some other sources said that Hotstar did allow advertisers to use DAR for the video bumpers roll and one of the FMCG companies did use it. “However, DAR was not used on the in-stream ads, since it is not designed to measure the in-stream ads on a live sporting event. It is not completely custom-made for India. In fact, what is the overlap in the number of devices? This figure is being used from the global market to India. Having said that, the DAR for which Neilsen needs to have access of the app’s internal information and should be able to measure, wasn’t allowed,” he said.

The stakes are very high on IPL, compared to anything else on digital. There is a worry that the advertiser will soon lose trust and will feel that he might divert these monies on TV on IPL.

“There is some amount of the drift back from digital into the conventional TV, even in the US. This might happen in India too, and sooner,” said Joshi.

TV audience are also said to be moving to digital platforms though there is no data to prove that as a 'fact'. However, if that is true, advertisers need to find a way to take the benefit of both media platforms.

Joshi said, “The shift of viewers from TV to digital is very difficult to prove, majorly because no analysis can be done on the basis of the numbers provided by any of the OTT players. It is very fragile numbers for decision making. Even if these platform owners give extensive data of length of sessions and times spent, amongst many other data points, it is still not comparable to the television data measured by BARC India. Moreover, everyone who consumes digital, consumes TV, but the vice-versa is not necessarily true.”

Kumar of Isobar said, “It’s about time advertisers understood that the audience is moving to digital platforms. Planning for screens is a must and one needs to be where audiences are. A lot of audience are consuming content on the go/ on digital. It’s not to say TV audience is dead or dwindling, but there are newer audience coming in who are engaged in these alternative platforms. For advertisers, this is another platform or means to deliver relevant messages and that too with a good level of targeting. Beauty of it is that it can have a highly measurable option that clearly tells who all have engaged with the communication. We have long way to go for third-party measurement and one single measurement metric for digital but I think it still has better ROI.”

Netflix, for instance, has a pure SVOD model, which means that it doesn’t need to share its data, as it doesn’t go to advertisers. The consumers are paying for their content and their business model doesn’t need an advertiser and, hence, doesn’t need to convince anyone about the traffic on the platform. Digital magazines like TheKen are such examples that are dependent only on subscription and TheKen has recently claimed to be cash positive.

“Businesses are shifting from advertiser-led model, to subscription-led models. I have been voicing my warning for quite some time now, especially to the advertisers, that the more you try to extort value relations on your advertising from the content owners, you are incentivising the content owner to go in the Netflix direction. The real worry for the advertisers is that while they have the right to demand the accountability, but digital might go averse of advertisements. Platforms moving from the mix of advertising and subscription model to pure subscription model means that the high value inventory on digital will not be available for sales,” said Joshi.

Amazon is on the similar path, but their focus is more on customer acquisition and hence their costs are lower. There is a lot of subscription activity on YouTube too, these days. They are allowing to create paywall for your content.

However, it cannot be easy for Hotstar. A senior industry expert explained why, “Simply because the subscription based model for cricket in India is completely untested. The nature of the width of the cricket consumer is such that barring a certain socio-economic class, the rest will not be ready to pay for watching IPL on Hotstar.”