Regional channels are thriving both in terms of viewership and innovative programming. Brands are booking inventory on regional in a way never done before. But is the rise of regional at the cost of national channels? Are brands getting better ROI on regional? BestMediaInfo analyses 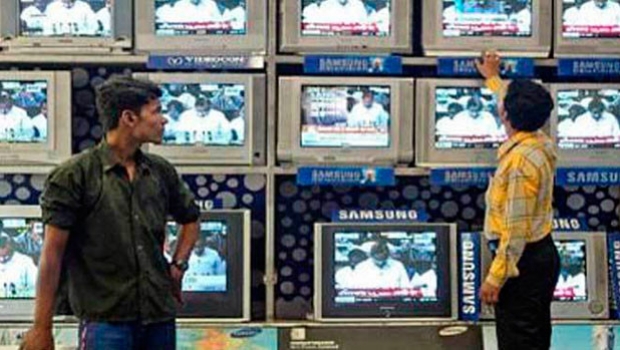 Regional channels, a category that till very recently played second fiddle to its national counterpart, is now at the centre stage of big advertisers’ media plans. On the back of high-quality content, regional channels (across genres) are not only getting viewership equivalent to national channels but also ad rates.

RS Sodhi, Managing Director, Gujarat Co-operative Milk Marketing Federation (GCMMF) (Amul), said, “Ad spends are increasing on both national and regional channels, but the increase in regional is much more. In the case of national channels, the youth has almost shifted to digital and other modes of entertainment. But regional language content is still not so prevalent on online or other mediums. People still go back to TV sets for local news, shows or movies. In a country like India where 68% people still live in villages, regional language channels make a lot of sense.”

The targeted outreach programme of marketers in the rural belts, especially in south and east, is giving a push to regional channels.

Vineet Sodhani, CEO, Spatial Access, said, “Increasingly, marketers are becoming hyper local. This hyper local nature allows you to experiment at a relatively lower cost. Also, all the guerrilla marketers go for regional channels, as they would not have the appetite to spend on national channels. So they start with regional markets and keep expanding.”

Amul’s Sodhi gives another reason why regional channels are used, “For region-specific products, regional channels make more sense. It is becoming difficult for any FMCG company to launch a regional product on a national level." 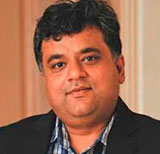 Navin Khemka, Managing Partner, Wavemaker India, said, “Both national and regional channels play a typical role in the media plan. One can use both either independently or in combination, depending on what are your objectives in media.” 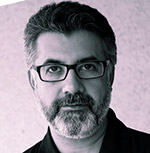 Speaking on the unavailability of data to prove the efficiency of regional over national, Sumeet Narang, Vice-President, Marketing (Motorcycles), Bajaj Auto, said, “Regional channels form an important part of our TV plans, especially when we want to reach our rural and small urban customer base. In states like Gujarat, Maharashtra or WB, the reach through national channels alone becomes inefficient beyond a point. There is anecdotal feedback that communication connects better through regional channels but we have not seen data-based evidence of it. Therefore, for us the choice is led from a media planning standpoint and not as much from communication effectiveness.”

Regional channels, however, have always been complaining about being under-indexed. The viewership of regional language channels is much higher than national channels in a specific market. However, the pricing of ad slots isn’t the same.

Wavemaker’s Khemka explained the economics on which the costs are decided, “The costs are driven by a lot of other factors, in addition to viewership – they are regional and are catering to a specific market, how important that market is, the demand-supply in that market and whether there are enough and more local players in that market who have a local demand for inventory. South (Tamil Nadu) is the most expensive regional market followed by Maharashtra and West Bengal. The rates also depend on the amount of money spent on content. Some of the mature markets have high quality original content – reality shows and fiction both. Better content means more viewers and hence, advertisers are ready to pay more.”

He added, “South is anyway an isolated market, they were always regional. The cost argument is really based for North, East and West markets where the national channels were still a huge phenomenon. It’s not that regional channels will always give better RoI.”

According to Sodhani of Spatial Access, ‘uniqueness’ is an important factor for ad rates. “The rates are a function of uniqueness and demand-supply. In the regional space, new channels are constantly coming up, shooting the supply up and that is exceeding the demand. Consider this – Why is the rate for Hindi GECs steadily growing? Because you still have only 4-5 successful Hindi GECs. Even if there are 13 channels, none of them are able to create that uniqueness. Look at IPL, KBC, Bigg Boss, they are short in supply and their uniqueness is unmatched.”

Shifting of budgets from national to regional

While not everyone agreed that the ad spends are shifting from national to regional channels, a representative from another FMCG major, said, “We are shifting budgets and why not? Except for the metros, almost all markets can be reached through the regional channels. While Hindi GECs are still a prime aspect of our media plans, the regional language channels are winning it in all other genres, especially news. Regional news channels give much more effectiveness than the Hindi/ English news channels. One of the reasons may be that news channels are available in almost all languages, which increases the reach and that everyone wants to consume news in their own language.”

Khemka said the growth of regional doesn’t imply that the national channels are not growing. “Even their growth is quite steady with FTA, non-FTA, HD and SD.”

Tags: In-depth Is regional TV thriving at the cost of national channels?
Advertisment
More from this section

In-depth: Purposeful brands are the future