Women are the sounding boards and allies while husbands have the final say as financer. They play the vital role in leveraging the internet to collect data to participate in discussion and informed decision-making, says the study 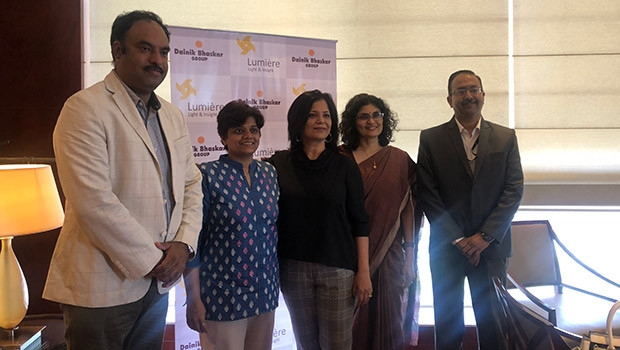 Markets have been usually segmented on the basis of gender. Due to prevalent social norms, sectors such as automobiles have always targeted men and neglected women as potential consumers. But all that is slowly changing, a new study has revealed.

A study conducted by Lumière Business Solutions, a research and consulting firm, in association with Dainik Bhaskar Group, explored the role of women in the purchase of automobiles.

According to the research, the role of women has changed over the years – from being a non-participant to becoming key influencers in the decision-making process of purchasing a four-wheeler. This study brings a ray of hope with it to change the gender stereotypes prevalent in the automobile market.

The key objectives of the research were to understand the role of women in the purchase of a four-wheeler and the deciding factors around the purchase. It also focused on the media consumption pattern and habits that lead to the purchase.

The research was conducted in Ahmedabad and Jaipur through focus groups as well as interviewing couples. All respondents were taken from the segments NCCS A+, A1, A2 and B1, within the age groups of 25-35 years and 36-45 years, comprising women with careers as well as housewives. Respondents were a mix of intenders and buyers of four-wheelers who read a newspaper at least four times a week.

Kaacon Sethi, Chief Corporate Marketing office, Dainik Bhaskar Group, said, “We wanted to look at markets beyond the traditional metros. Jaipur and Ahmedabad markets are the booming ones. There is very little information about these available to the trade and advertising fraternity.”

The research revealed that women have become active ‘partners’ in the decision-making process of buying a car. They play an important participative role as a ‘sounding board’ across several parameters and actively leverage the internet to help in informed decision-making.

“From participating as a colour picker and celebrating the arrival of a four-wheeler, women have evolved to become a critical ally in the decision making and a risk-mitigator. It is a very important change in the markets beyond the metros,” Sethi added.

Satyajit Sengupta, Chief Corporate Sales and Marketing Officer, Dainik Bhaskar Group, said, “The research has revealed some important nuances of how the role of women continues to evolve as a key influencer in the decision-making process of high-value purchases made by a family, including an automobile. Gone are the times when women would not even considered to express their opinions in important family or domestic decisions. And rather today, they are being seen to be playing a strong supportive role in every choice being made within the family.

This is a key takeaway to be used in creating targeted communications for automobile and other high-value purchases which were earlier thought to be made by men. The women are the influencers who are backing final purchase decisions and hence cannot be ignored in any communication by corporates.”

Commenting on the research, Deepa Soman, Managing Director, Lumière Business Solutions, said, “An interesting observation of the research has been the changing mindset of women and their eagerness and enthusiasm in undertaking research in the form of information and deals around car purchase through the internet and other media, to support the husband’s decision towards final purchase. Women, whether housewives or professionals, are being seen to be proactively taking on more responsibility, influencing the right choice aligned to the entire family’s needs. I believe, in a way, this signifies a certain ‘soft power’ that the family may not fully acknowledge but is definitely indispensible in the ultimate car-purchase decision. For advertisers, this changing role and mindset can be a mine of information to be used and explored further.”

The Hindu names Suresh Nambath as its next Editor