To bring the movie alive for Queen fans, the in-house band of the radio station paid tribute to the song ‘Radio Ga Ga’, which is a powerful ode to the power of radio 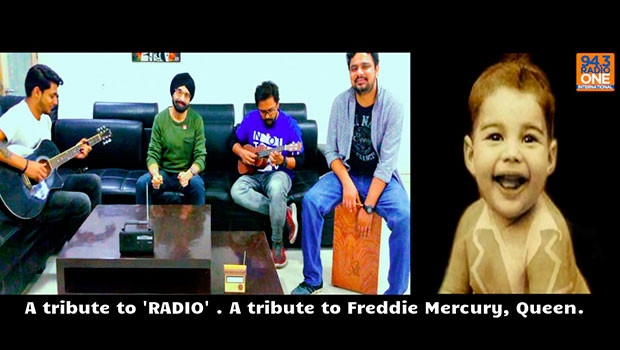 94.3 Radio One is the official radio partner in India for the movie ‘Bohemian Rhapsody’, a biopic of Freddie Mercury, the legendary singer of the band Queen.

To bring the movie alive for Queen fans all over India, the in-house band of the radio station, ‘The Radio One Band’ did a tribute of the song ‘Radio Ga Ga’. This song by Queen is a powerful ode to the power of radio and was so chosen. The tribute song can be seen here:

“We are very proud to create original content to highlight this milestone event in movie and music history. We are running three separate contests on air and this is garnished with trivia by various Indian celebs. The highlight is the interview with Peter Freestone, who was Freddie Mercury’s best friend and biographer. We also have on air, Bruce Murray, who was in the first band with Freddie called ‘The Hectics’ from St. Peters Boy School in Panchgani! We are also doing movie premieres, Queen tribute nights all over the country,” said Anil Machado, COO Programming.

“The release of this movie has seen a lot of excitement from upscale brands confident of connecting with our premium international format engaged audience and we are happy to have the large hotel /resort chains from Maldives — ‘Sangeli’ and ‘The Oblue Atmosphere group’ as sponsors for this unique milestone,” said Saurabh Sehgal , COO, Operations.