Blue Star’s B Thiagarajan says the brand’s journey has been one of reinvention and perseverance. The company has grown in different verticals to become leaders in new categories. BestMediaInfo.com traces the brand’s success story in India 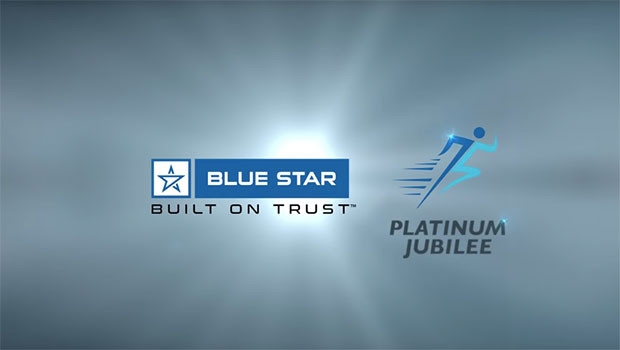 After the liberalisation in 1991, medium-sized Indian companies did not have too many options. They faced the dilemma of either tying up with international brands or shutting shop. Both technology wise and money might wise, Indian companies were lagging behind.

In India's electronics and home appliances market, there aren't too many success stories where home-grown brands could take on the Korean and Japanese companies.

The only exception is Blue Star, a company that first transformed itself into a residential cooling solutions company and then successfully launched a series of products in other categories.

The company recently completed 75 years in the country. To commemorate the brand’s platinum jubilee, the brand rolled out its latest ad film and underwent a logo change. While the film is a reflection of what has been achieved in all these years, the logo change is intended to make the brand contemporary and relevant to the youth. 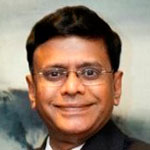 “Blue Star is much more than air conditioning and refrigeration, with its presence extending to electrical, plumbing, fire-fighting projects as well as facility management, and water and air purification, among others. The brand caters to a wide range of residential and commercial customers, along with being market leaders in several categories. We are proud to be celebrating our 75th anniversary this year, and the new TVC attempts to showcase our multi-faceted identity. The ad conveys, in a subtle yet evocative manner, that our pedigree over the decades has been built due to the trust that our customers have in us, with a focus on our new tagline ‘Built on Trust’, and a promise to keep reinventing ourselves as we move forward towards our centennial,” said B Thiagarajan, Joint Managing Director, Blue Star Limited.

Conceptualised and created by FCB Interface, the ad film aims to communicate the trust people have in Blue Star by showing people from homes and companies leaning on them. It’s a metaphor for the reliability and dependence that their customers have reposed in Blue Star over the years.

Commenting on the idea behind the new creative, Robby Mathew, Chief Creative Officer, FCB Interface, said, “Very few people are aware of Blue Star’s omnipresence in India. They rely on Blue Star’s products and services on a daily basis without actually knowing that they are doing so. The creative task was to simply bring this alive. And with the invisible Blue Star Expert we were able to do just that.”

Blue Star’s journey in the country started in 1943. Since then, the company has transitioned from being a servicing company to becoming a trader, then a manufacturer, then an ETC contractor to now becoming an end-to-end service provider. But in all these years, Thiagarajan believes that the one key aspect that has held the brand in good stead is reinvention.

“In retrospect, the most interesting aspect of our journey in this country is that we have gone on to reinvent ourselves again and again to stay relevant to the consumer,” said Thiagarajan.

The years have been rewarding but not always smooth sailing. The brand faced many challenges, especially in terms of marketing, when entering new categories.

“Initially, since we were a cooling company, the question was to sell cooling as a value proposition. We used to have this proposition, ‘Cooling power beyond par’ — but then we realised that the first interaction for people with Blue Star happens in school through the water coolers. So, we moved our proposition to ‘cooling the three things that life depends upon — air, food, water’,” said Thiagarajan.

The brand’s proposition for air conditioners was ‘Breathe Easy’ but they soon realised that ‘Breathe Easy’ was being misunderstood for air quality. When the brand entered the residential air-conditioning segment, they coined the line ‘take office-like cooling home’. It was something that people could easily relate to as the brand was an already established player in industrial cooling. Even today, air-conditioning is the brand’s flagship category and Blue Star enjoys about 30% market share in it.

Speaking about the brand’s marketing play, Thiagarajan believes that Blue Star is ahead of the curve when it comes to adapting to digital.

“Close to 15% of our total spends on marketing go into digital. For us, when it comes to air conditioners, the number of units sold online are higher than the industry average. In water purifier we sell 20% more through digital. In products like water purifier and air purifier, digital is becoming a very important medium. In order to target the consumers and market our products, we use digital extensively,” said Thiagarajan.

According to Thiagarajan, Blue Star’s annual marketing budget is around Rs 60 crore.

“This category is around Rs 3,000 crore today. We wanted to enter a category that will continue to grow and it is growing. This year we will do somewhere close to Rs 100 crore in the category. I see us enjoying 10% market share by 2020 in air coolers,” said Thiagarajan.

Thiagarajan wants Blue Star to grow faster than the market and is positive that the brand will cross Rs 5,000 crore in revenue this financial year.

Bisleri ropes in ‘unconventional’ brand ambassadors for its new campaign

HUL, Ogilvy bring moms together to ensure safety of children anywhere, any time