The Emraan Hashmi starrer to premiere on November 21 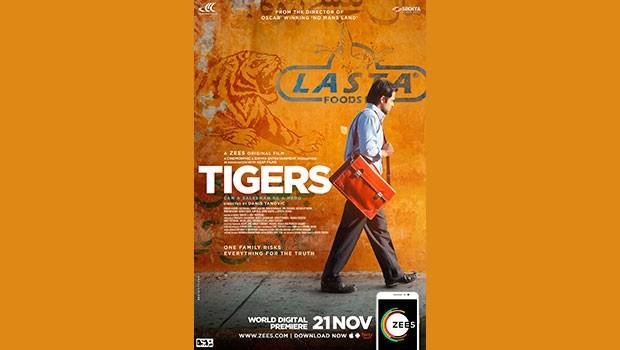 Zee5 has announced its first Hindi Original film ‘Tigers’ – Can a salesman be a hero?’ starring Emraan Hashmi, by Oscar-winning director Danis Tanovic. Tigers is a true story based on a Pakistani salesman Syed Aamir Raza (played by Emraan Hashmi) and his fight against unjust practices in the baby products’ industry. The movie will premiere exclusively on Zee5 on November 21.

Manish Aggarwal, Business Head, Zee5 India, said, “Tigers is a film based on a true story that explores the power of corporates, media and ethics by Danis Tanovic. Emraan’s portrayal of the protagonist will make sure the message travels far and wide. Movies such as Tigers are essential to spark a meaningful debate in popular conversation and we are proud to present it as the first Hindi Original film from Zee5.”

Hashmi said, “This movie is very close to my heart, and I am thrilled to announce its premiere with a platform like Zee5. We have premiered at the prestigious Toronto Film Festival and travelled around the world with the film and the story has received a heart-warming welcome across. We sincerely believe that this is a story that the people should know, and hope that the audience likes it.”

Producer Guneet Monga said, “Tigers is an important film - it is extremely relevant and topical. It is also an amazing collaboration of talent from around and has been a real labour of love.  It has been an incredible honour working with Danis and Emraan on this one. We are thrilled with Zee coming on board to distribute and release Tigers on Zee5 as their first Hindi Original film.”

Tags: Zee5 Emraan Hashmi Tigers’ – Can a salesman be a hero?
Advertisment
More from this section